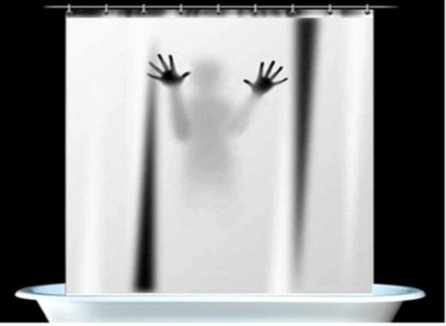 Whether you like it or not, ghosts are practically everywhere. They don’t just haunt old mansions or lurk in the shadows at cemeteries. Often, they loiter at places that gave them the most comfort when they were alive.

Watch the video below of a ghost caught on camera at an Espanola, New Mexico police station.

You might not be aware of the ghosts lingering at these locations. In many cases, they would rather be left alone. Sensitives and mediums, such as myself, know better. We encounter them in many places people would never expect to be haunted.

The next time you’re eating at your favorite restaurant and feel a cold breeze on the back of your neck, you might blame it on the wind, but it might be something else altogether.

Joni Mayhan is a paranormal investigator, author, and the teacher of a popular Paranormal 101 class. For more information about her, check out her website Jonimayhan.com

Click the book covers below to learn more about Joni’s paranormal books, available on Amazon.com