I feel as though I’ve lived a thousand lives.

I’ve laughed and I’ve cried. I’ve been angry and I’ve angered. I’ve loved and I’ve hated, but I’m still the same person in the same body, which is little worst for the wear.

I’ve moved a thousand miles away, running from a me I no longer recognized. I thought I saw her here, in the place where I left her thirty years ago, but I was mistaken. When they say you can never go back home, they are right. Not even if you leave and come right back again.

My problem lies in knowing where home is. I’ve never had a home I was allowed to keep. I look at the pictures hanging on my new walls and remember them hanging on other walls in other lives. These homes were just resting places until the next home came around.

I’m also not allowed to keep people. The closest I’ve come to having people I could keep was with my children, but now they’re grown and gone away too. People, homes, emotions and roles all flash by my eyes like spectators at a carousel ride. I’m not on the horse I wanted because it was already taken, but I’ve learned to settle for what I’ve been granted. Getting to actually choose always goes to other people, people who are somehow better or maybe just luckier. People who don’t know what it’s like to pretend to be happy. People who always knew what they wanted to be when they grew up. People who don’t know sorrow, at least not on a first name basis.

I know I’ll settle into this new life like sand sifting through stones until it finds a bottom, but the sifting part is always hard for me. I’ll reinvent myself as someone else, someone new people will get to know without knowing the other me’s who lived before this one. We’ll laugh, love, hate and cry like I’ve done with the other lives, with the other people, but somewhere deep inside me lies all the other lives, piled one upon another like dead bodies in a receiving vault, waiting for the frozen ground to thaw so the bodies can be buried. Unfortunately, it appears that winter will be long and agonizing. Sleet will pelt the windows with a fury that seems to last forever before the first thaw of the season. Until then, I’ll wait and I’ll live the life I’ve found myself in while I’m enduring this new transition.

Joni Mayhan is a paranormal investigator and the author of 15 paranormal books. She currently resides in southern Indiana with her menagerie of pets.

Many people believe that being spiritual means being happy. We know that’s not true. As human beings, we play host to a variety of emotions. We can’t simply chose one and claim it. We must feel all of them.

It’s human nature to feel angry when someone wrongs us or to feel sad when our feelings are hurt. We might feel envy when we see someone leading a seemingly perfect life while we struggle just to put food on the table. We also might feel regret when we’ve made a decision that greatly impacted our lives. This is normal. It’s what we do with these emotions that truly counts.

Being spiritual means that you understand and appreciate the emotions that you feel and turn them into something positive. You acknowledge the anger and sadness, but realize that it happened because it is part of your journey. If you didn’t experience sadness, would you still be able to appreciate joy to its fullest?

I believe that we have all lived many lives. Each life is a learning lesson and once we’ve accomplished what we need to, we move on and then return to live another life with another lesson. If you feel as though your life is filled with constant challenges, maybe this is the lesson you were sent to learn. When you see someone who appears to live a charmed life, perhaps they lived a more difficult life their last incarnation and have earned a breather. Or, maybe they just hide the pain better than other people and celebrate their wins more than they announce their losses.

The next time you experience a life challenge, look at it differently. Instead of being angry at the life you were given, look at how you react to the challenge. Do you attempt to remedy it with the same methods you’ve always employed?  Sometimes these challenges continue to come to us because we refuse to embrace them and learn from them. Try to do something different the next time it happens. See it as an opportunity to grow and learn and then let it go. Don’t hold onto it, using it as a blueprint for the rest of your life. Focus instead on the things that actually went right in your life, the things that made you stronger and brought you joy.

Once you do this, you raise your personal vibration and begin attracting other high vibrational emotions and people. Like attracts like. If you embrace joy and abundance, that is what will come to you.

I truly believe that most things in life happen for a reason. Once I adopted that mentality, I began to see the intricate network of life lessons being served to me. They didn’t come written on a chalkboard, they came as moments. How I chose to handle them determines my fate.

Joni Mayhan is a paranormal investigator and the author of 15 paranormal books, including her newest book Signs of Spirits – When Loved Ones Visit. Click on the photo below to learn more about this book 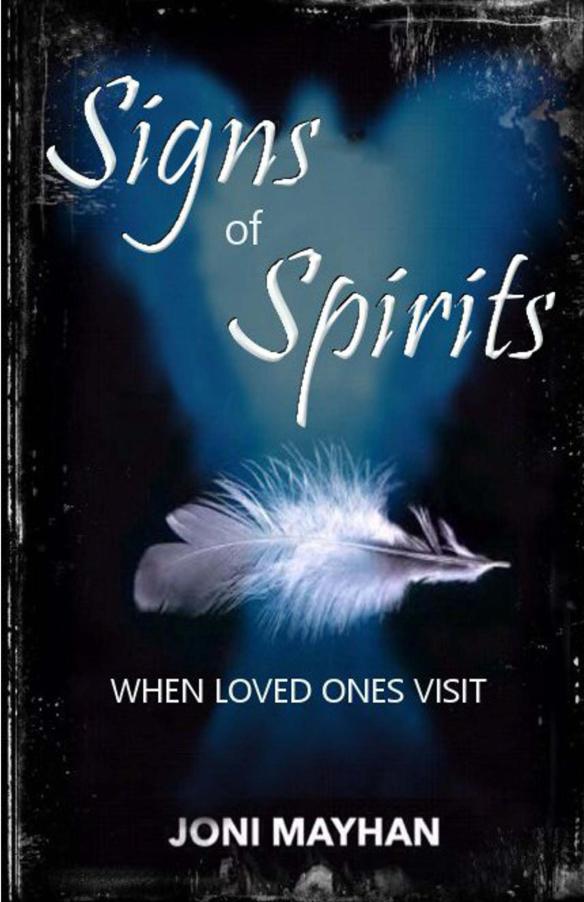