Do you ever wonder about your choices?

Sometimes I think life is nothing more than a path filled with forked roads. You find yourself at a cross-road and have to make a decision. Do I go left or right? Just that one simple decision could alter your entire life.

I narrowly missed being involved in a horrific traffic accident once. It really made me stop and wonder about it. I’d misplaced my keys that morning and spent a few extra seconds looking for them. Had I walked out the door at my intended time, I probably would have been killed. Those three or four seconds were life altering.

It made me really consider the concept of destiny. Every second of the day leads to the next second. What we do in those seconds dictates what comes next. Sometimes I don’t feel it’s entirely accidental. It feels like there must be a mastermind behind some of the planning, or at least I hope there is.

For me, my life turned on a dime when I was seventeen years old.

I had no direction in my life. I had no idea what I wanted to do after I graduated from high school. I didn’t have any passions or dreams. I just meandered from one thing to the next.

Then, one night everything changed.

I had a horrific fight with my mother, which led me to move out of her house and into my father’s house. This meant that I had to also change schools in my junior year of high school. The entire move to a new school was devastating and I didn’t know where to fit in. At my old school, I’d fallen in with a crowd who enjoyed partying, and I became a very devout rebel. When I walked into my new school, I saw in an instant that this just wouldn’t work any longer.

North Posey was literally in the middle of a corn field. The kids who went there were the kind of kids you see on sitcoms, American apple pie and sunshine. Future Farmers of America was a big club in the school, and nearly everybody in town went to the football games each Friday. A party girl from Mt. Vernon, who smoked and drank wasn’t going to last long there.

I tried to fit in. I really did. I hid my smoking and gave up the rebel attitude and tried to find my mid-western roots somewhere deep inside me, but I still just didn’t fit in. I’d changed schools in the middle of a school year, in the middle of my second-to-last year of high school, where friendships had long been established. I wouldn’t find my place friend-wise for nearly a year, but I found my lifelong dream in a classroom.

I didn’t know I was a writer until a teacher showed me that I was.

Mrs. Hunt was always smiling, but she could be tough when she needed to be. She assigned us small writing projects and then helped us improve our technique. I felt as though I’d finally found my calling. It felt like walking into a dream for me. I was mesmerized by the process of putting words on paper and creating something whole. As our projects got larger, I began to really stretch and grow. Mrs. Hunt didn’t let this escape unnoticed. She took my stories and read them to our class, as well as her other classes too. I couldn’t have been happier.

I took what she taught me and expanded on it. I majored in English in college for two years, and after dropping out to join the workforce, took creative writing classes on the side. I joined a writer’s group, wrote short stories, and just kept at it until I’d finally written something worth publishing. I wrote six books before one would be published. Lightning Strikes was actually my sixth book. The others were just practice books.

When I published Lightning Strikes, I wondered what had happened to Mrs. Hunt. I wondered if she knew of the impact she’d had on my life. I decided to find her. I reached out to a friend who still lived in the area and mailed him a copy of my book to give to her. A month later, I received a letter that made me cry.

She had fallen on hard times. Her husband was very ill, and she’d become bedridden. She said she once loved reading, but had given it up years ago. When she got the copy of my book and saw the dedication I wrote to her on the very first page, she cried. It meant the world to her to know that what she had done – the countless lessons she’d taught, had changed someone’s life. That letter was worth more to me than any amount of money in the bank.

If I hadn’t had that fight with my mother, prompting my move to a new school, would I have ended up as a writer? And what consequences did I set into motion when I found my old teacher and thanked her for inspiring me?

In the end, it all counts. Every bad decision, every stroke of luck, every lost key changes your destiny, at least a little. It’s one of the reasons why I always try to do the right thing. I’ve seen people with less integrity find greater success, and I’ve seen Karma look the other way, when she should have shot daggers instead. I’ve never had it easy. Nothing has ever fallen into my lap. I’ve had to fight hard for everything I have, but in the end I’m thankful it was difficult.

It all came together to make me the person I am today.

I’m not perfect, but I’m okay with that.

And I’m a writer. 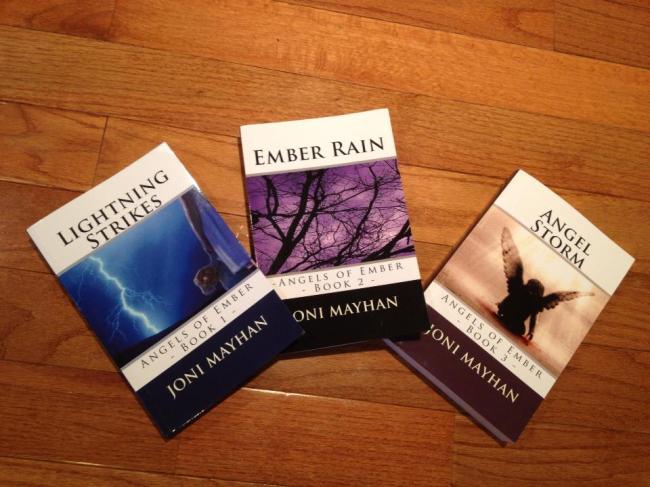