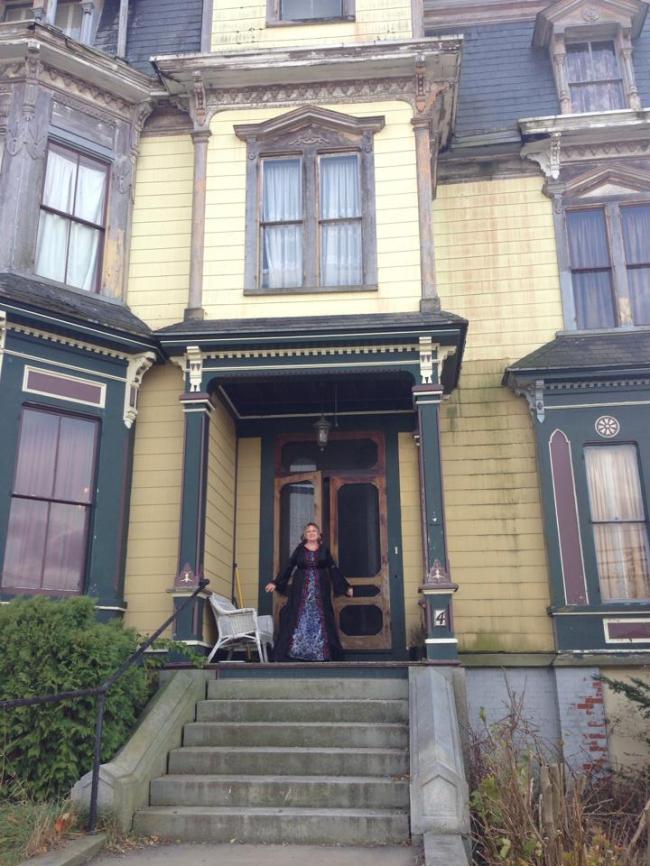 Have you ever felt so drawn to a place, you just can’t stay away?

For me, this place is the S.K. Pierce Mansion in Gardner, Massachusetts, also known at the Haunted Victorian Mansion. The three-story Second Empire Victorian Mansion sits on the corner of West Broadway and Union Streets, looking every bit the haunted house. The first time I saw it, I felt my breath catch in my throat.

The windows almost look like eyes, dark against the pale golden exterior. Every time I’d drive past, I’d look up, wondering if someone was looking back at me. The house seemed so out of place, so foreboding and omniscient. It looked like a house you’d see on a movie set, not something you’d happen upon in a blue-collar town like Gardner.

When I saw it on Ghost Hunters years later, I was entranced. Not only did it look haunted, it was haunted. It would be several more years before I’d find a way inside, but once I did, there was no going back. I was addicted.

I started off investigating there as part of a paranormal team. This lead to three more investigations before I volunteered to help with a Halloween event they sponsored in 2011. After that, I found myself a frequent fixture at the kitchen table, listening to the wonderful, terrifying stories Edwin and Lillian had to tell. I’d tell them I needed to leave by ten pm, only to find myself still sitting there at 2am, wondering where the time went. Others found themselves in the same predicament. We laughed, calling it The Table That Time Forgot. In all honesty, it probably had just as much to do with the company as it did with the house. We were all brought together for a purpose. We all felt it. The house chose us.

Fast forward to two years later and I find myself writing a book about the mansion. I’ve been spending most evenings on the phone interviewing people who have gone there, both as investigators and as guests. The stories have been surreal.

Three separate investigators have reported being pushed on the grand staircase. Two others have been scratched there. Several people have encountered Maddie, the nanny. Every psychic has described her exactly the same, with dark brown hair and a friendly, but no-nonsense demeanor.  I also found out from multiple sources that most people have felt the negative entity in the basement. While he doesn’t usually scratch, he does sometimes growl.  When he’s had enough of you, he surrounds you with a black cloud, using intimidation like a weapon. For reasons that escape me, I’m usually the first to volunteer to go down there. I feel as though the negative spirit and I have an agreement. When he’s grown weary of me, he lets me know and I leave. It’s just as simple as that.

Over the course of the past three years, I’ve investigated there literally dozens of times. Whether it was with a paranormal team, as part of a meet-up event I helped coordinate, or just as a guest with a digital recorder at the table, I’ve spoken to the dead there more than I’ve spoken to many of my acquaintances. I feel comfortable with the resident ghosts. I know their names and they know mine. The saddest part for me is the amount of children still trapped there.

I think it would be horrible to be trapped as an earthbound ghost, being without your human body and everything that goes along with it. You’d try to talk to people, but would have no voice. You’d try to touch them without any physical hands. I’m sure as time goes by you would learn to harness the energy and manage something physical, but it wouldn’t be as easy as being alive. So what keeps them there? Why do they choose to stay?

I feel like the more I hang around, the closer I will come to finding the answers. I always ask them what Heaven looks like and try to guide them towards the white light, but I seldom get a response to either request.

I’ve seen dark shadows in the basement, and have been touched many times as I’ve sat quietly conducting a respectful EVP session. Several times they have even followed me home.

Sometimes I wonder why I was lured into this house. Was it by my own curiosity, or was it due to something else? Did the spirits call to me?  As I interview people for the book, I’m finding more and more people who say the same thing. They felt compelled to go there and wanted to return the first chance they got.

I hope to one day learn the answer, one way or another. 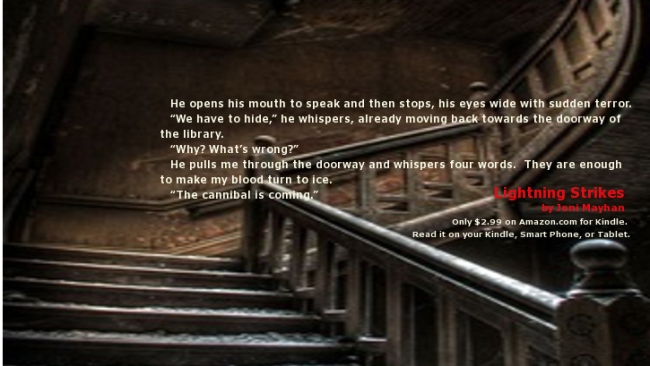