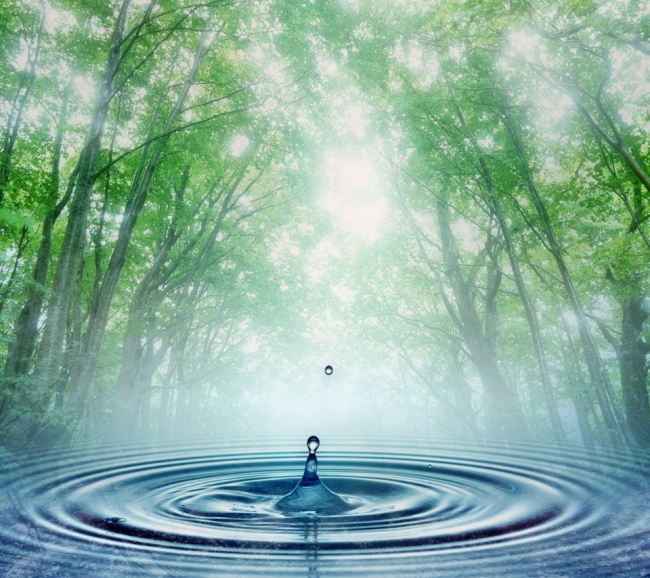 I was in my mid-forties before I realized I was an empath.

I was at the doctor’s office for a routine check-up. The nurse came into the room to take my blood pressure. As she was taking my vitals, I kept getting very clear images of her basking in the sun on a resort island with friends and family. I narrowed my eyes, wondering where that was coming from, and then the vision expanded. I saw her with a group of people who were family members, but not immediate family. I somehow knew she was single and didn’t have any children. The people she went with might have been siblings. I’d been getting impressions like this all my life, but never had the courage to confirm them, so I took a deep breath and asked her about a necklace she had on. It was a gold sea shell on a chain.

“Oh, yes. I got this when I was on vacation last week. I went to the Bahamas with my sister and her family. It was so nice there,” she told me, then frowned as my blood pressure sky-rocketed.

I walked out alternating between smiling and shaking my head. How had I known that? Had I been a psychic all my life and hadn’t known it? It happened to me all the time, but I had always attributed it to my excellent imagination. What if it was more? When I got home, I started doing some research and learned about empaths.

An empath is someone who basically feels what others are feeling. Most true empaths will feel both emotion and pain. If someone shows them a bad cut on their arm, the empath will feel a searing pain as well.  Being around negative people nearly drives them to the ledge. And they sometimes know things they shouldn’t know about other people.

As I read through the check-list of empathic traits, I felt like they were describing me word for word. I’d never enjoyed being in large groups of people. Places like shopping malls and airports were nightmares to me for reasons I couldn’t put my finger on. I’d feel the bristling, bustling energy and it would give me a feeling similar to claustrophobia. All I wanted to do was escape. I’d find myself avoiding excursions like Black Friday shopping, and tried my best to find a quiet place in airports to retreat to when I was forced to fly. I just assumed everybody felt this way, but I was wrong.

After the experience with the nurse, I began truly testing this concept. When I got an impression, I tried to validate what I was feeling. While this sounds simple on the surface, it’s sometimes easier said than done. My next opportunity was a difficult one. A friend told me a lie.

I don’t know how I could tell she wasn’t telling the truth, but I knew it with every cell in my body. Someone was passing a story around about something she denied doing. I knew in an instant that she was guilty of this misdeed, and was lying to cover her tracks. There wasn’t an instant way of proving or disproving my impression, but I tucked it away in the back of my mind. Years later, more stories circulated that she’d done something similar once again. It wasn’t confirmation, but it was enough for me. She instantly went on my “do not trust” list.

At first, I thought this build-in “truth meter” was just a physical cue I was picking up on, that I was simply reading the other person’s body language. When people lie, they often will provide “tells”. Their voice might change, going a pitch or two higher, or they might touch their face often. Some people fidget, or look to the left frequently. Honestly, I can never remember which direction they look at, and wouldn’t know a lie-inspired fidget from normal behavior, so I realized there must be more to it.

For a long while, I just avoided the places that made me uncomfortable and narrowed my friends down to a handful of positive-minded people, but that wasn’t always possible. There are many times when an empath is forced to be in crowded places, or fly on airplanes, or find themselves in tears when someone shares a sad story. I can’t look at pictures of abused animals and children that people often post on Facebook without feeling it on a deeper level. And headaches? If you have one, then so do I. It got to a point where I had to do something about it.

The first thing I learned was how to ground myself. Grounding is a method of releasing all that excess emotion and energy into the ground. The visualization that helped me was to imagine myself as a tree with roots sinking deep into the soil. With every breath I’d take, I’d imagine a white loving light shining on my head, pushing the black, negative energy through my body, and eventually deep into the ground where it could be absorbed. Being in the shower as I did this was very helpful in the beginning because I had the physical sensation of water raining down on me. Now, I can do it anywhere with no more than a cleansing breath.

The next thing I learned was how to shield myself from the energy. Similar to the way I visualized a white light shining down on me, I imagined this white light surrounding me, radiating from my core. I saw it repel negative energy, pushing it back towards the sender. As I would part through a crowd of frantic people trying to get to their gate, I imagined myself safe inside my white light bubble, parting through the sea of energy, untouched and unscathed.

Others feel that meditation helps them. I haven’t had much luck with this technique. My mind wanders away from the serenity at hand and pretty soon I’m plotting out my next book, but that doesn’t mean it doesn’t work for other people. Look for guided mediation on the Internet. There are plenty of them to be found.

Something else that helps me is to give myself little pep talks while I’m going through it. I was recently shopping at a very busy Wal-Mart. The place was packed to the gills with people who’d just gotten out of work and wanted to get home. Unfortunately, there were at least three screaming toddlers, and four cashiers on duty to handle the herd of impatient, angry people. I didn’t have to eavesdrop to hear the grumbling. It was coming at me from all directions. I felt myself getting tense and my heart began racing. It almost felt like a panic attack or what I image claustrophobia to feel like. I took a deep breath, grounded myself, shielded myself, and then began to reassure myself that it would be over soon. There are only eight people ahead of me. I should be through the line in less than twenty minutes. I pulled out my phone and began browsing through Facebook to see what everyone else was doing. Pretty soon, I was next in line and the ordeal was over. I wasn’t overloaded with other people’s energy and didn’t allow it to put me in the same sort of mood. Mission accomplished.

There is a flip side to this. Being an empath can actually be wonderful, if you know how to use it correctly. I am able to tune into other people’s emotions and help them with situations. I’ve been told I’m a very good listener, which is also an empathic trait. Animals love me and I love them as well. I can tell when one of them isn’t feeling well or is out of sorts about something going on in the house, and then solve the problem before it becomes an issue.

And…it makes me a writer. I tune into other people and then mirror their emotions on paper.

If you feel the same way, do some research. There are plenty of “are you an empath” quizzes on the Internet. While many of them are very generalized, allowing you to conform yourself into the category fairly easily, use your best judgment. If you feel it, you feel it. You can call it what you want, or not call it anything at all.  By all means, I am not an expert on this. I can only tell you how I feel and how I deal with it.

So, the next time you find yourself in a situation like I described earlier, take the time to ask the question or make a comment. “That’s a pretty necklace,” was all it took for me to get the confirmation I needed.

And remember to take a deep breath.

In with the positive energy, out with the negative.

It helps. It really does. 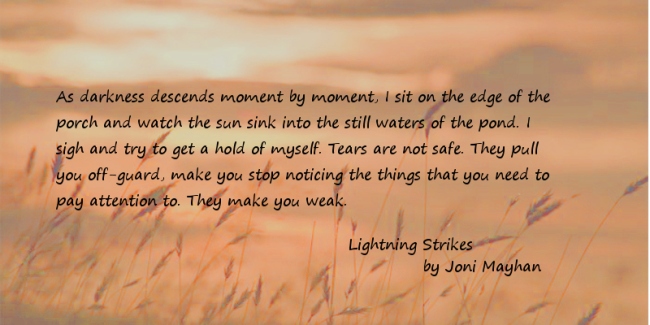